US Open Tee Times 2022: Pairings and Predictions for Friday Schedule 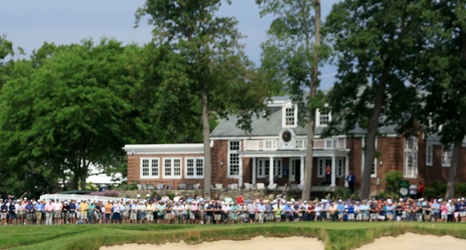 The U.S. Open Championship, the third major of the 2022 season, is fully underway at The Country Club in Brookline, Massachusetts, with Round 2 set to kick off Friday morning.

There are plenty of storylines to follow in this year's tournament. Masters champion Scottie Scheffler looks to become the sixth golfer ever to win the Masters and U.S. Open in the same season.

Meanwhile, PGA Championship winner Justin Thomas could become the seventh golfer ever to win the PGA and U.S. Open titles back to back.