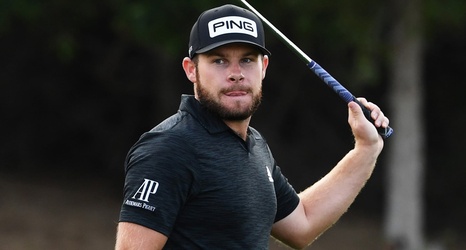 Tyrrell Hatton is officially a top-5 player in the world.

Thanks to his victory in the Abu Dhabi HSBC Championship, Hatton moved to fifth in the latest Official World Golf Ranking. The 29-year-old Englishman moved up four spots and is now the second-highest European, behind No. 2 Jon Rahm.

Si Woo Kim, who won The American Express on the PGA Tour, jumped 48 spots to No. 48. It was his first Tour title since the 2017 Players Championship, which vaulted him to a career best 28th place in the world.

Patrick Cantlay, the AmEx runner-up, remained in 10th place, but Aussie Cameron Davis, who finished solo third, moved up 75 spots to No.