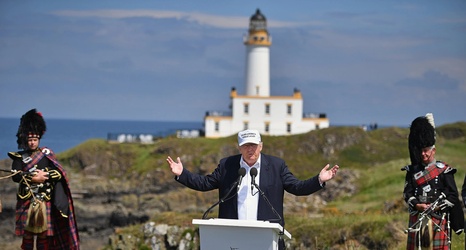 NEW YORK – President Donald Trump's two golf resorts in Scotland posted another year of multimillion-dollar losses as his properties contend with a struggling local economy and a backlash against his divisive rhetoric.

That comes on the heels of a string of annual losses that started before Trump was president. But there were signs of recovery, including an increase in revenue at both Scottish resorts.