Tom Watson's wife, Hillary, passes away after fight with cancer 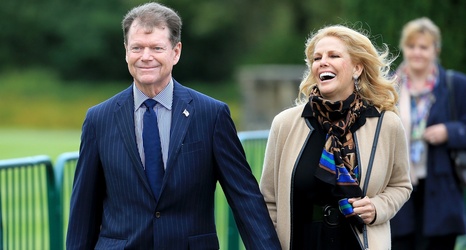 Hillary Watson, wife of eight-time major champion Tom Watson, lost her battle with pancreatic cancer and passed away Wednesday night at the age of 63, according to a report from Golfweek.

Hillary was diagnosed in October 2017 and went through numerous rounds of chemotherapy, radiation and surgery. In May 2018, Hillary went through an extensive surgery at the Mayo Clinic in Minnesota, according to Golf Digest, and was soon deemed cancer-free. However, the cancer returned shortly after, as did the rigorous treatment process.

According to Golf Digest, the Watsons flew back to their home in Stillwell, Kansas to put Hillary in hospice, where she remained until she passed just before midnight Thanksgiving Day.