Todd hangs on at Mayakoba for second straight Tour victory 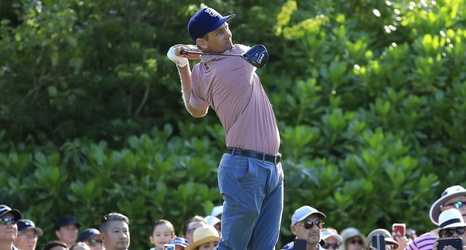 Brendon Todd did just enough to win for the second time in as many starts during a Monday conclusion to the Mayakoba Golf Classic.

Todd shared the lead with Vaughn Taylor when play was suspended because of darkness on Sunday, a day during which the leaders played 32 holes after heavy rains pushed the tournament start to Friday. Todd promptly broke that tie with a 20-foot birdie putt on No. 15 when play resumed, then held on for a one-shot victory at 20 under par over Taylor, Carlos Ortiz and Adam Long.

A winner on the PGA Tour in 2014, Todd endured a long road back to the big stage after battling full-swing yips and losing his status.