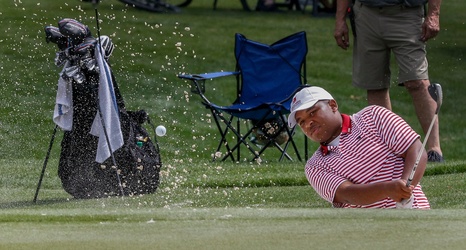 Kobe Narcisse plays high school football mostly because his friends are on the team, but he would rather crush drives than deliver crushing hits.

He was introduced to golf at age 5 by his father, Robert, who took up the sport as an adult after Tiger Woods’s victory at the Masters in 1997. And this spring, Kobe Narcisse, who is African-American, recruited five other students, most of them baseball players, to form a golf team at his public high school outside New Orleans.

But by the time the scholastic regional championships started, Narcisse, 14, a freshman, was the only golfer left.