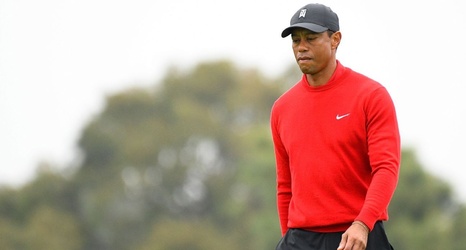 Tiger Woods posted video of himself hitting balls for the first time since his February car accident that caused several injuries to his right leg and foot.

Woods, 45, is wearing a compression sock on his low right leg, which is meant to encourage blood flow.

Woods has not competed in an official tournament since the 2020 Masters played in November.