Tiger Woods is still going at the PGA Championship, and here is how he did 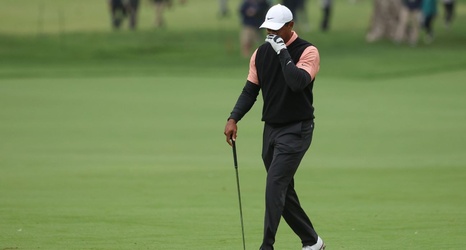 Tiger Woods said he wanted to go low on the weekend at the PGA Championship. It became clear very quickly during Saturday's third round that wasn't happening. Instead, Woods, in cold, windy, rainy conditions, had the worst round of his career at this major championship, posting 9-over 79.

During one stretch, he made five consecutive bogeys, something he had never done in a major championship as a professional. His walk was, again, labored, and his game was reminiscent of when he limped his way around two bad rounds on the weekend at last month's Masters.