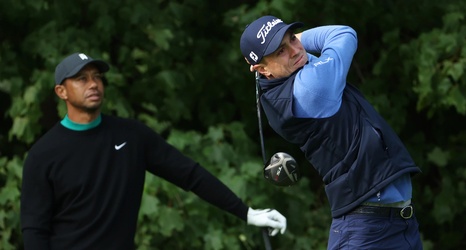 Tiger Woods and Justin Thomas will play together for the second major in a row.

Just like at the PGA Championship at TPC Harding Park, Woods and Thomas will be grouped together for the first two rounds at this week's U.S. Open. Joining them will be the man who won the year's first major, Collin Morikawa, in one of the most high-profile trios at Winged Foot Golf Club.

Here's a look at some of the other featured groups this week, as the USGA has now released first- and second-round tee times for all 144 participants (all times ET):