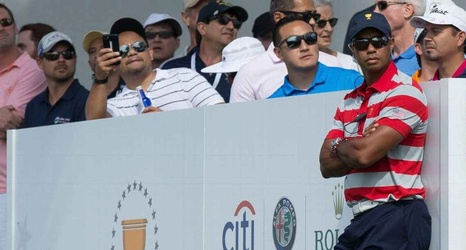 MELBOURNE, Australia -- The text popped up on his phone, and PGA Tour commissioner Jay Monahan had to contain his giddiness. Tiger Woods wanted to discuss being the U.S. Presidents Cup captain, meaning Monahan had to somehow play it cool while still digesting what he was reading.

What once seemed a far-in-the-distance scenario appeared ready to occur in time for the 2019 Presidents Cup.

How did we get here?

Woods, about to turn 44, still playing a high level of golf after capturing the Masters in April as well as three total PGA Tour titles in his past 14 starts, might seem an odd choice to captain the team this week at Royal Melbourne, where he will become just the second player in Presidents Cup history to also serve as captain.