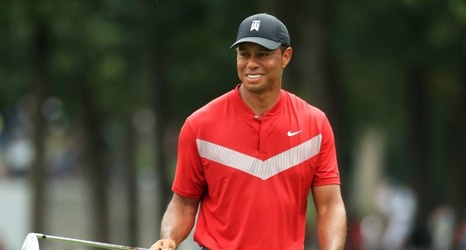 Tiger Woods and Rory McIlroy will both be chasing the lion's share of the $350,000 in prize money on offer during Monday's "The Challenge: Japan Skins" golf event.

Woods will use play at Accordia Golf Narashino Country Club in Chiba, Japan as preparation for the upcoming ZOZO Championship, a tournament set to make history as the inaugural PGA Tour event to be played on Japanese shores when it begins on Thursday, October 24.

Before then, McIlroy, Jason Day and Hideki Matsuyama will all join 43-year-old Woods for the skins format. It will involve players engaging in matchplay over 18 holes, although some holes will include other challenges to be revealed and explained during the broadcast.