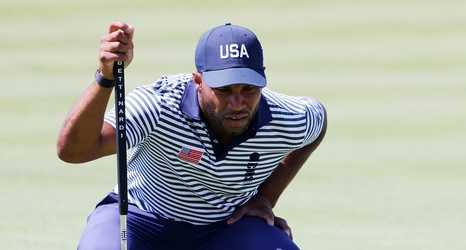 The United States is looking strong after the first day of play at the 2022 Icons Series.

Team USA holds a 10-5 lead over Team ROTW, with a dominant showing in the second session creating the massive lead.

John Smoltz, J.R. Smith and Michael Vick played starring roles for the hosts, each coming away with undefeated days. Smoltz was a perfect 3-0 in pairings with Smith, Michael Phelps and Ben Roethlisberger.