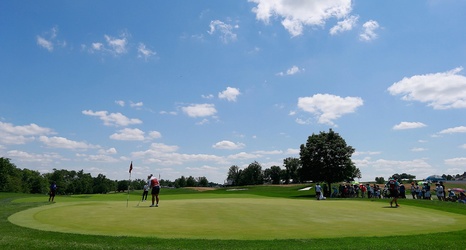 The Somerset County prosecutor says an employee at Trump National Golf Course in Bedminster observed a spinning vehicle “doing donuts” on the 11th hole on Sept. 3. A vehicle was spotted again on Sept. 8 making circular patterns on the 13th hole.

McEwan was not wearing shoes when he was arrested in Swift’s beachfront mansion last month.