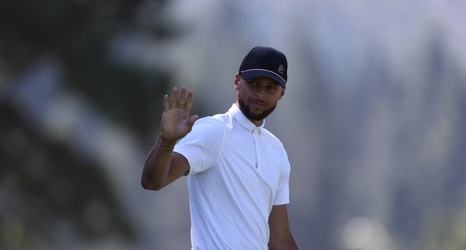 The 2021 American Century Championship continued Saturday, with John Smoltz still in sole possession of the lead with 51 points.

Playing under the modified Stableford scoring system, Smoltz has a slight edge over Vinny Del Negro (49) atop the leaderboard. Jack Wagner is in third place with 47 points, followed by Annika Sorenstam with 46 points and Tony Romo (42) to round out the top five.

Just missing out on being in that top-five group was Stephen Curry, but the Golden State Warriors star did make a move up the leaderboard after ending the first round in eighth place.