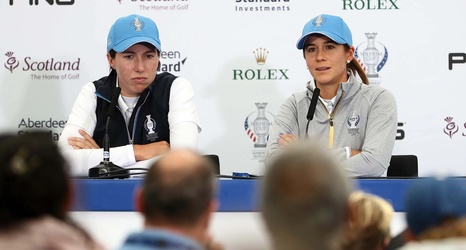 GLENEAGLES, Scotland – The U.S. holds a 10-5 all-time series lead in the Solheim Cup and has won the past two contests and five of the last seven.

But are the Europeans a better team?

Azahara Munoz and Carlota Ciganda seem to think so. In Wednesday’s final press conference, the Spaniards were asked about the differences in attitudes between their team and the Americans.

“To be honest, I think that playing as a team comes very natural to Europeans,” Munoz said. “… I feel that maybe because we grew up playing as a team a lot and American is more of an individualistic lifestyle, I guess.