Shane Lowry Went From Tears to the Claret Jug 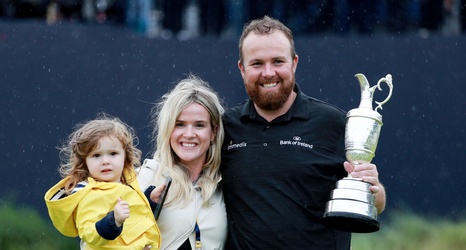 Golf is funny. Shane Lowry of Ireland says that a lot.

He said it during an interview last year, but he was not laughing. Instead, he sounded down. He was frustrated with his golf game, worn out from the road and missing his family. “When things are not going your way, it can be a lonely lifestyle,” said Lowry, 32, who is playing in the Italian Open at Olgiata Golf Club in Rome from Thursday to Sunday.

Those were not good times for Lowry. He found himself crying inside his car in the parking lot after missing the cut at the 2018 British Open at Carnoustie Golf Links in Scotland.