Senior British Open 2018: Kirk Triplett in Tie for Lead After Round 1 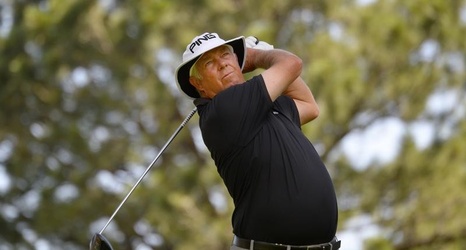 Kirk Triplett and Thaworn Wiratchant carded a pair of 65s and lead the 2018 Senior British Open after Thursday's opening round, but defending champion Bernhard Langer is just two strokes behind at the Old Course at St. Andrews, Scotland.

It's been three years since Triplett last featured in the Senior Open Championship field, but he took no time getting up to speed on Thursday and recorded a bogey-free round to sweep into an early lead.

Six-time senior major-winner Tom Watson also got off to a promising start and sits just outside the top 10 on three-under par, although Fred Couples is at slightly more risk of slipping off the pace following his first-round 71.