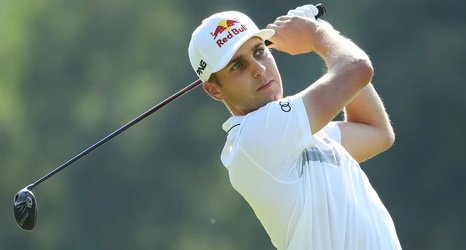 ANTALYA, Turkey – Matthias Schwab started with an eagle and finished with a birdie to lead by one shot after the second round of the Turkish Airlines Open on Friday.

Schwab, who has a tour-best nine top-10 finishes this season, begins the weekend with five more players within two shots. The 10-under group includes two-time defending champion Justin Rose (67).

Fired up by his selection by Tiger Woods for the United States' 12-man Presidents Cup team, Patrick Reed shot 7-under 65 to trail Schwab by four shots.