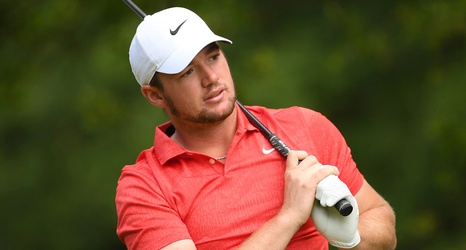 As Sam Horsfield walked off the 18th green Saturday at Forest of Arden Country Club, his caddie, Mick Seaborn, offered some perspective.

Yes, the 23-year-old Englishman had turned in a disastrous 4-over 40 coming in that all but negated the six-shot advantage he had built earlier in the round, but Horsfield was also still leading with 18 holes to play at the Hero Open.

“If someone would have said to you on Thursday you can have a one-shot lead going into Sunday, you would take it,” Seaborn said to Horsfield, who at 14 under is just ahead of Rasmus Hojgaard, Oliver Farr and Mikko Korhonen entering Sunday’s final round in Birmingham, England.