Ryan Fox leads Soudal Open by one heading to final round 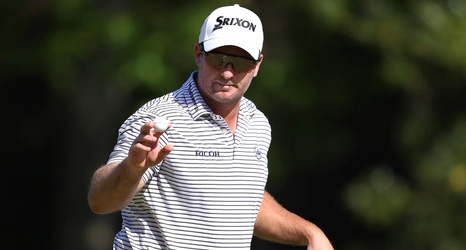 ANTWERP, Belgium — Ryan Fox birdied the 18th hole to take a one-shot lead into the final round of the Soudal Open on Saturday.

The New Zealander bogeyed early in his third round at Rinkven International to slip further off the pace, but birdied his next hole, and reeled off five more coming home in a 5-under-par 66.

Fox won his second European tour title in February in the United Arab Emirates, and has two top-10s this month.

“I have been in contention the last couple of weeks as well and not really done much on Sunday, so I am looking forward to being in the mix again,” Fox said.