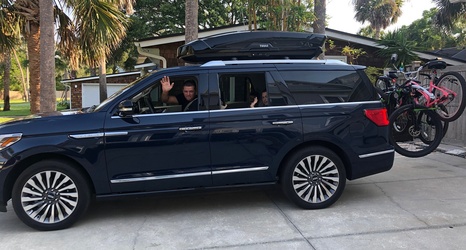 Golf’s version of the Griswold’s “Family Vacation” made a detour to U.S. Open sectional qualifying in Columbus, Ohio, on Monday — and ended up with a spot in the field next week at Pebble Beach.

“We’re just doing it Saunders style,” Sam Saunders said on Tuesday morning from behind the wheel of his SUV somewhere near Niagara Falls.

Saunders earned the third qualifying spot in Columbus when he fired 64 at Brookside, a shot off the course record, and 69 at Scioto, which was playing to a par of 70.

Pebble Beach holds a special significance for the 31-year-old grandson of Arnold Palmer.