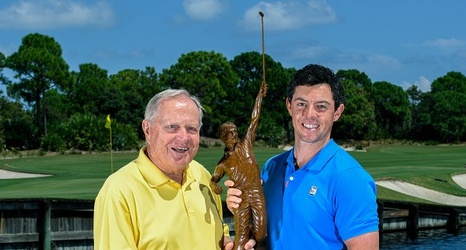 Here's the announcement from tour headquarters:

PONTE VEDRA BEACH, Fla. – The PGA TOUR announced today that Rory McIlroy has been named the 2019 PGA TOUR Player of the Year as voted by the TOUR’s membership for the 2018-19 season.