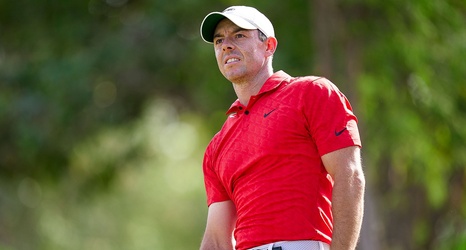 DUBAI, United Arab Emirates – Rory McIlroy was on the rocks late in his third round at the DP World Tour Championship.

Some cliff-edge improvisation, followed by a final-hole birdie, put him back in control.

Seeking a second straight victory to end his season, McIlroy endured another wild finish at Jumeirah Golf Estates in shooting a 5-under 67 that left the four-time major champion with a one-stroke lead on Saturday.

Sam Horsfield bogeyed the 18th hole to shoot 69 and drop out of a share of the lead with McIlroy, who was 14 under overall in the season-closing event on the European Tour.