Rory McIlroy (65) leads Euro finale: 'Feeling like I’ve got my golf game back' 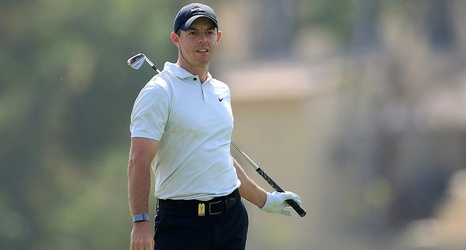 DUBAI, United Arab Emirates – Rory McIlroy is back playing his best golf again, even if it has come too late to win another Race to Dubai title.

Fresh off his 20th career victory on the PGA Tour, the former No. 1 opened birdie-eagle and shot 7-under 65 Thursday for a two-stroke lead after the first round at DP World Tour Championship, the season-ending event on the European Tour.

McIlroy wasn’t one of the six players who arrived at Jumeirah Golf Estates still with a chance of finishing the season as European No.