Rickie Fowler's playoffs all but over after closing quintuple bogey 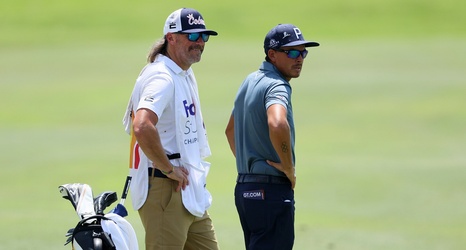 As the last man into the FedExCup Playoffs, Rickie Fowler needed at least a solo 11th in this week’s FedEx St. Jude Championship for a chance to advance to the second postseason event, the BMW Championship. And for 17 holes on Saturday at TPC Southwind, Fowler was giving himself a shot, 3 under on the day and just a couple of strokes out of position at 7 under for the tournament.

Then the 18th hole happened.

Fowler carded a quintuple-bogey ‘9’ on the par-4 finishing hole to end up with a third-round, 2-over 72, which knocked him outside the top 50 at 2 under, well back of the finish he’d need Sunday to keep his season going.