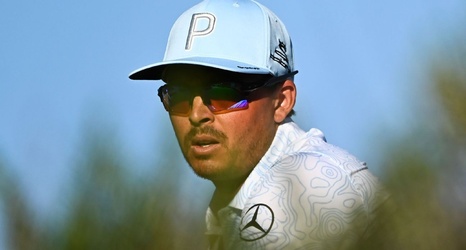 LAS VEGAS -- Rickie Fowler returned to the spotlight Saturday in the foothills above Las Vegas with his best round in three years, a 9-under 63 that gave him a two-shot lead over Rory McIlroy going into the final round of the CJ Cup at Summit.

Fowler hasn't had an opportunity this good since his last victory on the PGA Tour in the 2019 Waste Management Phoenix Open, and it doesn't figure to be easy at The Summit Club with all the low scores it has been yielding.

McIlroy started the final round nine shots out of the lead, ran off five straight birdies on the front nine and then took care of the scoring holes, closing with a 7-iron into 20 feet for eagle on the par-5 18th hole for a 62.