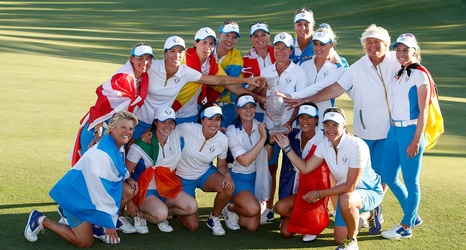 Here's a look back on how the victorious players performed at Inverness Club with a subjective grade attached (click here for U.S. Solheim Cup team report cards).