Rahm excited to watch his bride walk down the aisle 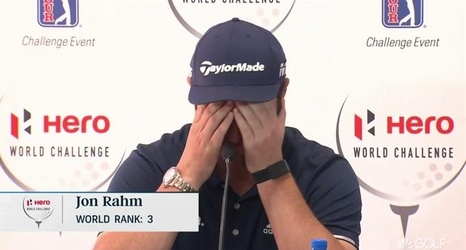 NASSAU, Bahamas — As Jon Rahm prepares to defend his title this week at Albany Golf Course, he will also be playing his final tournament as a single man.

Rahm is set to marry fiancée Kelley Cahill next week in a Catholic ceremony in Rahm’s home church in Bilbao, Spain.

Asked what he was looking forward to the most about the big day, the 25-year-old Rahm cracked a couple of jokes – “I could say so many bad stuff right now” and “I'm really looking forward to writing all those checks to pay for it” – before delivering a moving response.