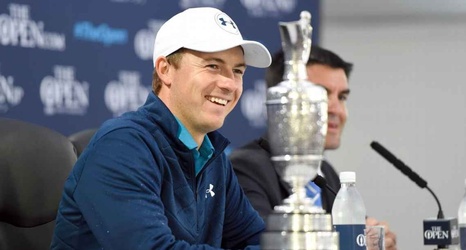 Jordan Spieth figured his Masters disaster in 2016 was behind him when he won at Colonial a few weeks later. But making consecutive bogeys before a quadruple-bogey 7 at Augusta National's 12th hole not only saw him squander a 5-shot back-nine advantage as Danny Willett won the green jacket; it left an emotional scar that he acknowledged Sunday would not go completely away until he won another major championship.

When Spieth let go of a 3-shot final-round advantage to Matt Kuchar on Sunday after just four holes at Royal Birkdale, the good vibes that three days of solid golf had produced at The Open were gone.