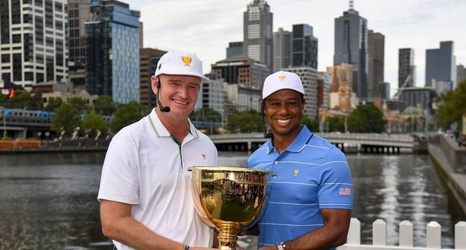 The 2019 Presidents Cup begins on Thursday, when the United States face an international collective featuring the rest of the world's best golfers from outside of Europe.

Royal Melbourne Golf Club in Australia will host the 13th edition of the four-day biennial tournament, and Tiger Woods will lead the USA team.

The international side will be captained by South African legend Ernie Els, with their team hoping to buck the trend after losing the competition 10 times in 12 attempts.

The event follows a similar format to the Ryder Cup. Teams win points for matchplay victories, and half a point is shared if a contest is drawn.