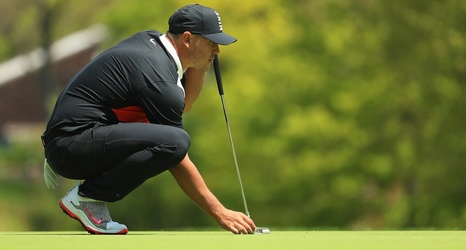 FARMINGDALE, N.Y. – One doesn’t think weakness when they think of Brooks Koepka, particularly at major championships, but following his record-breaking start at the PGA Championship on Thursday the three-time Grand Slam winner conceded a rare shortcoming.

“I'm not the most confident person on Poa, believe it or not. I know I won Shinnecock on Poa, but I haven't played on it too much,” said Koepka, who won last year’s U.S. Open on that particular putting surface.

It might have been an even bigger surprise that he was able to post a 7-under 63 to match the PGA Championship scoring record and top the Bethpage Black course record by a stroke.