Players, too, get excited after seeing Tiger Woods' swing on Twitter 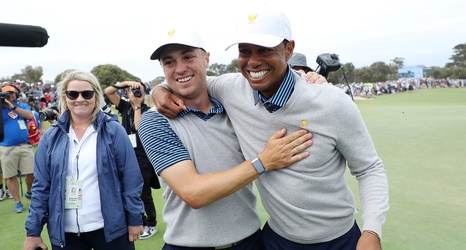 Thomas wasn’t the only professional golfer to react to video of Tiger Woods’ two-second swing clip on Twitter. As Golf Twitter went into its typical Tiger frenzy, players showed that they, too, were pumped up over Woods’ “progress.”