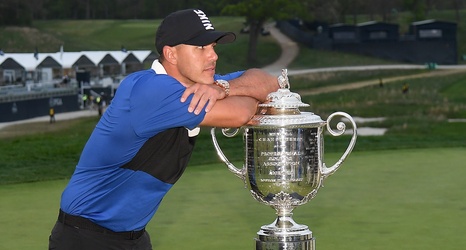 FARMINGDALE, N.Y. – As raucous New York fans cheered on the contenders down the stretch of the final round of the PGA Championship at Bethpage, some players were left with only one question: what will this place look like during the Ryder Cup?

The Black Course will host the biennial matches in 2024, and from the moment that decision was announced in conjunction with the PGA of America bringing this week’s event to Long Island, the partisan nature of the crowds became a talking point. That continued this weekend, as fans lined the finishing holes and weren’t shy in sharing their opinions as Brooks Koepka and Dustin Johnson battled for the Wanamaker Trophy.