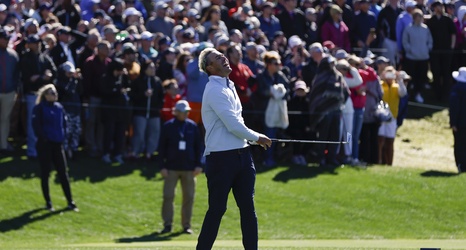 Brutal playing conditions at the 2022 Players Championship prevented some of the sport's biggest names from making the cut.

Weather has been the biggest story at TPC Sawgrass, causing delays in each of the first two rounds, while winds have caused problems for a majority of golfers. Tom Hoge and Sam Burns were among those who survived the challenges with the duo leading the field through Round 2 at seven strokes under par.

Not everyone has been as fortunate, with the plus-two cut line eliminating several players who were expected to contend, including Collin Morikawa, Brooks Koepka and Jordan Spieth.