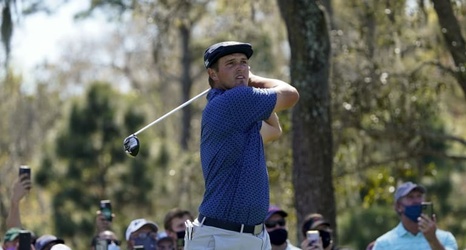 Bryson DeChambeau has been one of golf's top stories since the PGA Tour resumed play last summer.

The 27-year-old American first gained attention for bulking up and hitting the ball 300-plus yards off the tee, but now the conversation has changed from questioning his tactics to asking how many tournaments he can win this season.

DeChambeau won last week's Arnold Palmer Invitational and is lurking three shots back of Lee Westwood heading into the third round of The Players Championship.

Since his U.S. Open victory in September, DeChambeau has three top-10 finishes in six starts, and if he continues to play at a high level, he could be the odds-on favorite to win The Masters in April.