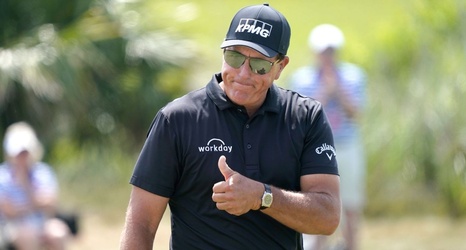 The PGA of America announced on Friday that Mickelson has withdrawn from the PGA Championship.

"We have just been informed that Phil Mickelson has withdrawn from the PGA Championship," the statement said. "Phil is the defending champion and currently eligible to be a PGA Life Member and we would have welcomed him to participate. We wish Phil and [wife] Amy the very best and look forward to his return to golf.