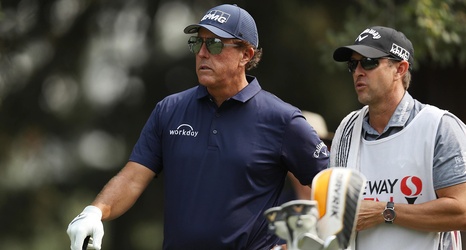 MAMARONECK, N.Y. – Phil Mickelson was all smiles as he walked off the 18th green at Winged Foot.

It was Tuesday, after all, not Sunday.

This nine-hole practice round was the first time he’s seen the course since he blew a one-shot lead on the 72nd hole of the 2006 U.S. Open. For the six-time runner-up, his gaffe-filled double bogey on the final hole will go down as one of his most heartbreaking losses.

So will redemption be on his mind as he tees it up here in the 120th edition of the U.