Phil Mickelson Muscles His Way Up the P.G.A. Championship Leaderboard 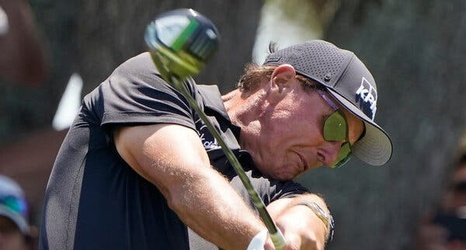 KIAWAH ISLAND, S.C. — As Phil Mickelson climbed a hillock to step onto the final green of his second round at the P.G.A. Championship on Friday, a shout from the crowd rose above the growing applause: “You’re not old, Phil.”

Mickelson, who will turn 51 next month, smiled and flashed a thumbs up, his favorite non-verbal acknowledgment across a career dating to the early 1990s. Minutes later, when Mickelson sank a 22-foot birdie putt that put him near the top of the leaderboard just past noon on Friday, he boyishly bounded off the green, offering a thumbs up in every direction.