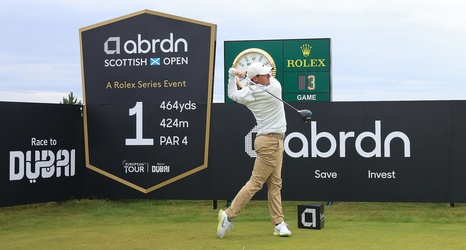 The PGA Tour schedule will look a bit different for the 2021-22 season.

In a joint press release Tuesday by the PGA and European tours, they announced the details of their strategic alliance that will include more playing opportunities for members of both tours.

The Scottish Open, now title-sponsored by Genesis, will be a co-sanctioned event leading into The Open Championship. Scheduled for July 7-10, at a venue to be determined, the Scottish Open field will be split between both tours and offer points toward both the FedExCup and Race to Dubai.

As a result, the PGA Tour will allow European Tour access to two of its tournaments for the first time, turning the Barbasol Championship (played opposite the Scottish Open) and the Barracuda Championship (July 14-17) into co-sanctioned events that each will offer spots to 50 European Tour members.