PGA out of reach, Phil's eyes set on U.S. Open 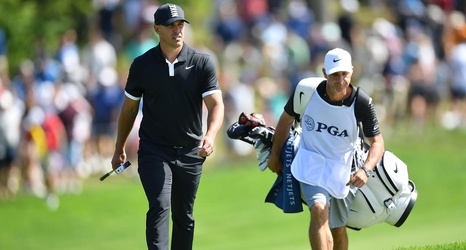 FARMINGDALE, N.Y. – With his chances for a second PGA Championship title dashed, Phil Mickelson is already turning his attention to next month’s U.S. Open.

Mickelson was a runner-up at Bethpage in both the 2002 and 2009 U.S. Opens, but he has struggled to get much going this week on the Black Course. While rounds of 69-71 left Mickelson at even par through 36 holes, he stumbled to a third-round 76 that included nine bogeys.

It means that Mickelson’s next chance for a sixth major title will come at Pebble Beach, as he looks to round out the elusive final leg of the career Grand Slam.