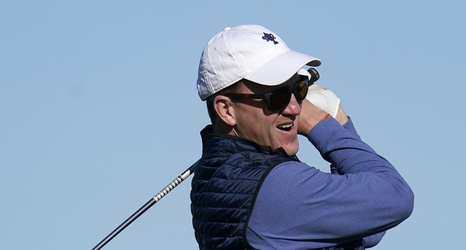 Peyton Manning was notorious for his attention to detail as an NFL player, so it makes sense he would carry that over to the golf course.

In preparation for Capital One's "The Match: Champions for Charity" event, Manning appeared to take meticulous notes from his practice round at Medalist Golf Club with Rickie Fowler and Matthew Wolff:

It's not a surprise to see how seriously Manning is preparing for this year's edition of The Match. The five-time NFL MVP keeps a folder packed with notes for workouts and throwing routines he provided to attendees of the Manning Passing Academy.