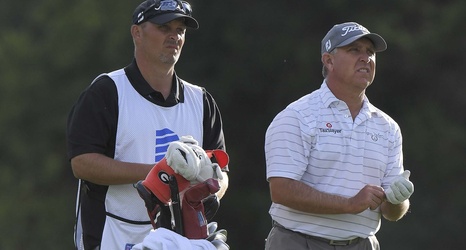 RICHMOND, Va. - Scott Parel shot his second straight 6-under 66 on Saturday for a share of the lead with Tommy Tolles in the Dominion Energy Charity Classic, the first of three tournaments in the PGA Tour Champions' Charles Schwab Cup Playoffs.

Parel rebounded from a bogey on the par-4 15th with birdies on the par-5 16th and 18th holes at The Country Club of Virginia's James River Course. He won twice last season on the 50-and-overt tour.