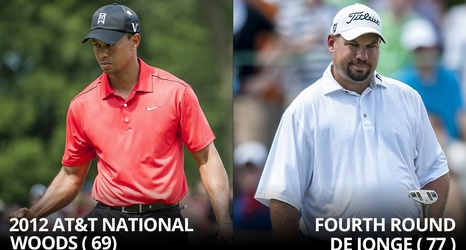 Just before midnight on June 29, 2012, a weather phenomenon called a derecho storm ripped across the East Coast, leveling trees and leaving more than 400,000 people in the Washington, D.C., area without power.

At Congressional Country Club the damage was so extensive that PGA Tour officials took the unprecedented step of closing the third round of the AT&T National to spectators because of safety concerns.

It was a surreal sight as tournament host Tiger Woods played his third round with only the whine of chainsaws clearing away fallen trees breaking the silence.