Once again, honorary member Lee Westwood off to great start at Renaissance 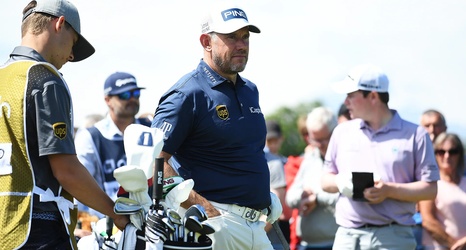 Lee Westwood’s opening 65 at the abrdn Scottish Open was good, but not as good as his first-round score a year ago.

It’s not the start but the finish, however, that he hopes to improve.

Westwood shot 9-under 62 last year to lead after the first round of this event last year. He then made only eight birdies the rest of the way to finish in a tie for 19th.

Thursday's round at The Renaissance Club in North Berwick, Scotland included six birdies and no bogeys. Westwood should perform well on this layout.

“I played it a lot when I lived in Edinburgh a few years ago, they were kind enough to make me an honorary member here and I came and practiced a lot, and the guys are kind to me and have looked after me.