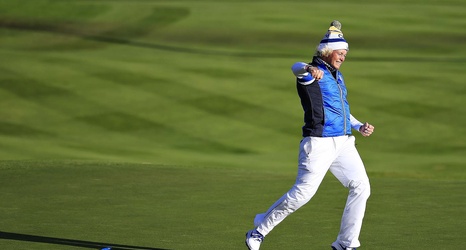 Suzann Pettersen is now linked forever with Syd Easterbrook, an English golfer and little more than a footnote in Ryder Cup history.

At the core of what made the Solheim Cup so special was it being decided by the final shot of the tournament at Gleneagles on Sept. 15. Pettersen rolled in a putt from just over 6 feet to beat Alex Marina, 1 up, and give Europe the victory. The ending became even better when Pettersen, a captain's pick, announced her retirement.

It's rare for the Ryder Cup or Solheim Cup to come down to the final match.