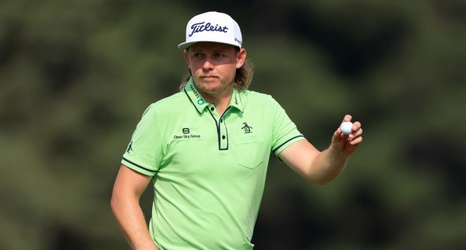 Cameron Smith rode a history-making performance to the top of the leaderboard with three rounds of the Northern Trust in the books.

Smith shot an 11-under 60 on Saturday at Liberty National Golf Club, setting a course record in the process.

At 16 under, Smith is tied for first with Jon Rahm. Erik van Rooyen is in third at 15 under.