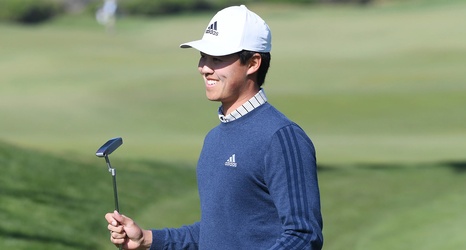 Brandon Wu is adjusting well to life in the Lone Star State.

The 23-year-old Stanford product, who was born in New York and prepped at prestigious Deerfield Academy in Massachusetts, found himself in unfamiliar surroundings when he moved to Dallas in mid-February.

But he's had plenty of time to settle in. His last tournament was nearly four months ago at Pebble Beach, and he took about a month off at the start of the coronavirus pandemic before only recently returning practice at his new home club, Trinity Forest.

This week, though, was Wu’s official orientation: his first tournament as a resident, at one of the Dallas area’s most notable clubs, Maridoe Golf Club in Carrollton, and against a mostly local field.