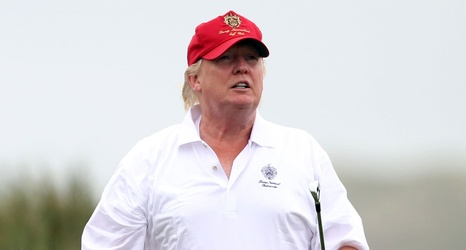 ATLANTA – This was not your normal weekend game at the club.

For starters, the group included six players, which at most clubs is not allowed, as well as President Donald Trump and some of golf’s most high-profile executives last Saturday at Trump Bedminster in New Jersey.

“So, the team of Trump, Ridley, and Monahan defeated the team of Bevacqua, Giuliani, and Clayton, 2 and 1,” Monahan said on Tuesday at the Tour Championship.