Molinari on combining PGA and European Tour schedules: 'Learn as you go' 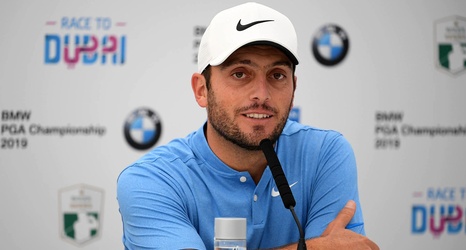 VIRGINIA WATER, England – The PGA Tour may have ended its season last month at the Tour Championship, but for the international players who split time between the United States and Europe, the year is far from over.

On Tuesday at the BMW PGA Championship, Francesco Molinari explained that he still has a third of his schedule to play before the end of the year, a list that includes stops in Italy, China, Turkey, Dubai, Hong Kong and Napa, Calif.

The Italian said he plans to return to the United States for next week’s Safeway Open out of necessity.