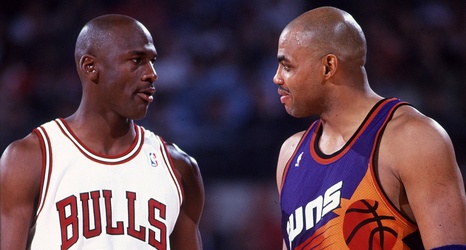 SAINT-QUENTIN-EN-YVELINES, France – Before the U.S. Ryder Cup team heads out in front of a boisterous, packed house at Le Golf National, they heard from a guy who has plenty of experience playing before a hostile crowd.

Michael Jordan is back for yet another Ryder Cup, and on Wednesday night he dished to the team a few stories about handling tough opponents when he played for the Chicago Bulls.

Of particular interest was how he performed best when the partisan crowd was against him.

After all, the home crowd is Team Europe’s greatest asset, often cheering for even mediocre shots into the center of the green.